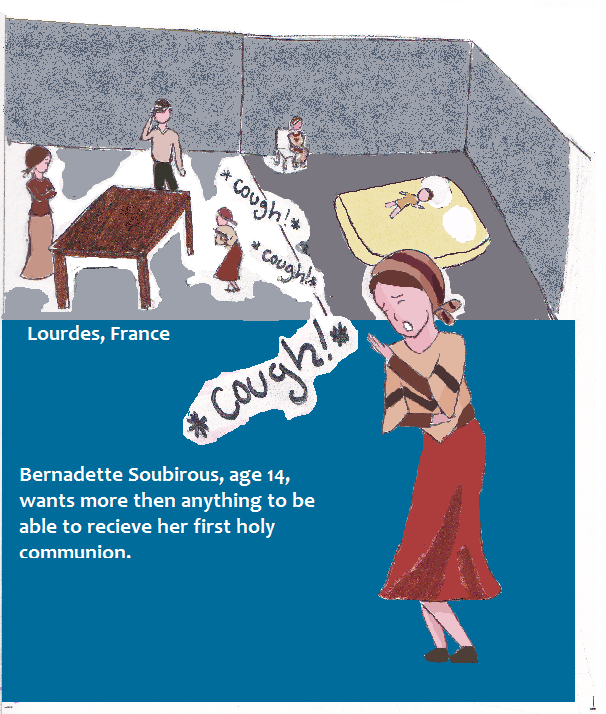 YES THAT IS PAINT. >.<
Bernadette was the oldest of her siblings, and the most sickly. She had asthma which often kept her out of school and religious classes, and so at this point she didn't know enough to be able to make her first holy communion, although she always tried her best to learn and to make it to classes.

Bernadette's family was poor, and lived in an old prison cell that had been condemned because it was not good enough for prisoners to live in.