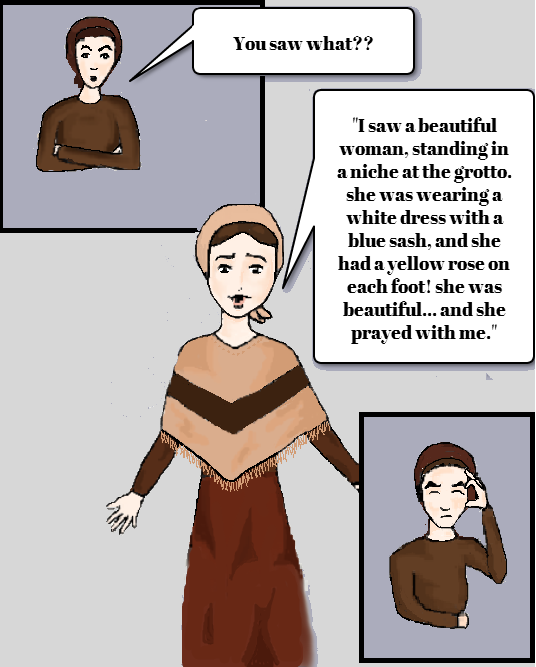 On the way home, Bernadette's sister and friend noticed she seemed different. They asked her several times until finally she told them about the beautiful woman she saw at the grotto. Bernadette's admission made her sister nervous, and so even though Bernadette asked her not to, she told their mother about it.

Bernadette's mother, worried about her health, tried to convince Bernadette that it must have been a trick of the light. However, although Bernadette didn't want to worry her mother, she was unwilling to lie.

Bernadette was told not to  go back to the grotto.