About Saints and Angels Webcomic

Because this webcomic is being created by two people, we will be taking turns uploading short stories. One of us will upload a story until it's completed, and then the other one will upload her story. You can find previous stories in the section called "Archives."

About the authors-illustrators (Please pray for us!) 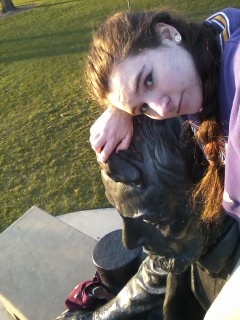 She is the fifth of nine children raised Catholic by her lovely and wonderful mother and totally awesome father.

Her favorite color is dark red, like mahogany. She is always losing things and asking for the intercession of Saint Anthony. She and Saint Anthony are tight! That's because she's always asking for his prayers. 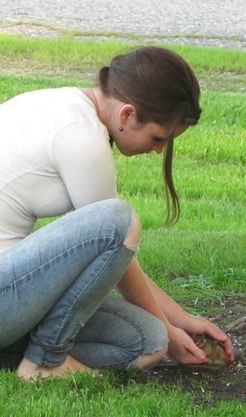 Look! I'm holding a chipmunk!
Meg is the third child and Momo's older sister. She is discerning a vocation to cloistered life.

In the meantime she takes care of Great Grandma,  teaches 7th grade religious ed, leads youth ministry, cantors at Saturday Mass, manages a Catholic Etsy shop, and does various other little works for Jesus in Mary. She is also tight with St. Anthony for the same reasons!!!