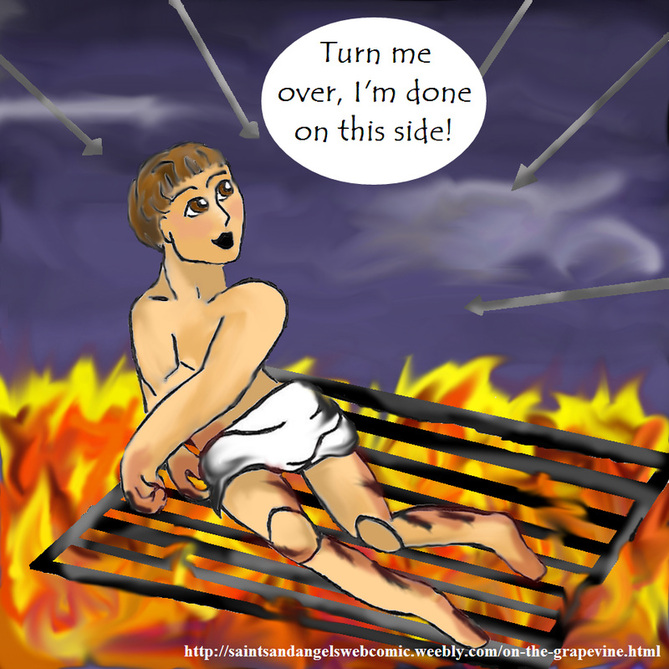 Saint Lawrence was one of the early deacons of the Church, ordained by Pope Sixtus in 257 AD.  After the emperor ordered the beheading of Pope Sixtus, all bishops, and all priests, a prefect of Rome gave St. Lawrence three days to hand over the riches of the Church. St. Lawrence spent three days distributing what wealth the Church had amongst the poor, then brought the crippled, lame, blind and poor to the prefect, telling him that these were the true treasures of the Church.

Consequently, St. Lawrence was martyred on an iron grill over a slow fire.  He was so filled with joy to be martyred for Christ that he reportedly joked to the judge, "Turn me over, I'm done on this side," and then, just before he died, "It's cooked enough now."

You can read more about him HERE.
Powered by