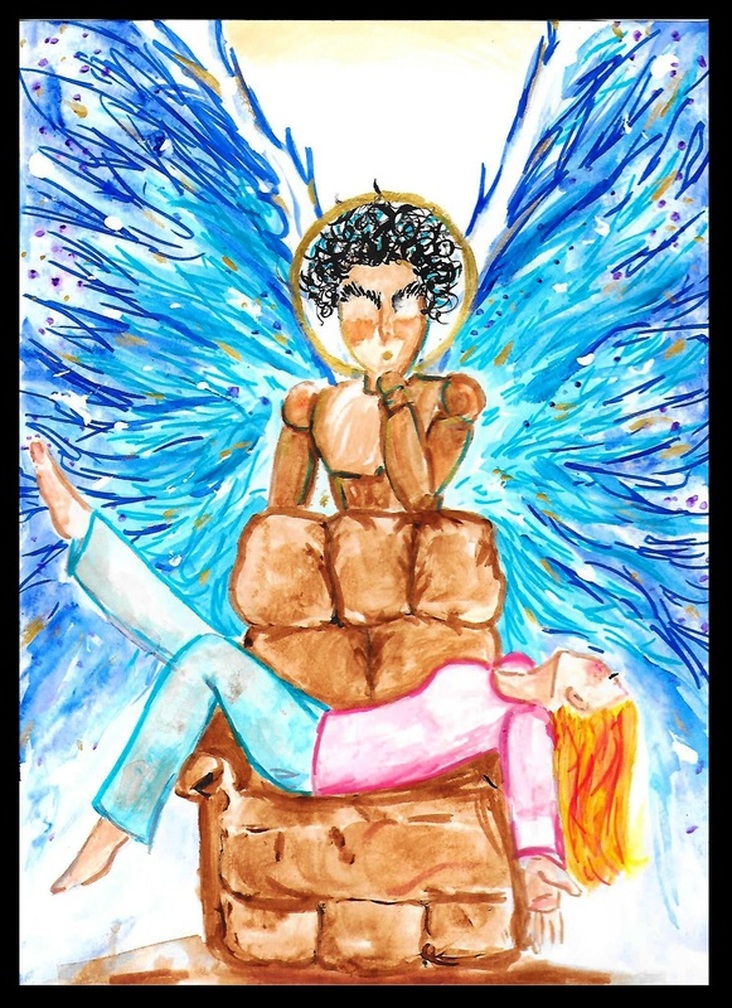 He is contemplating the best way to minister to her.

" . . . St. Thomas and theologians in general hold that God reveals His plans to the Highest Choirs of angels, who then are His ministers in communicating this knowledge and directing the ministries of the lower angels. " (Opus Angelorum). God uses His creatures to accomplish His Will (in this case, the nine choirs of angels) instead of just directly accomplishing it because it allows His creatures to have double the share in His goodness. The first is the goodness of being, together with grace. The second is the goodness of working with God in creation to contribute to the growth of lower creations in perfection.

Our Guardian Angels learn from the higher choirs of angels what God wills in their ministry to us, and mediate God's graces to us. When we pray, our Guardian Angel can better understand the disposition of our souls and "better attune his ministry to our inclination and capacity to cooperate with grace."