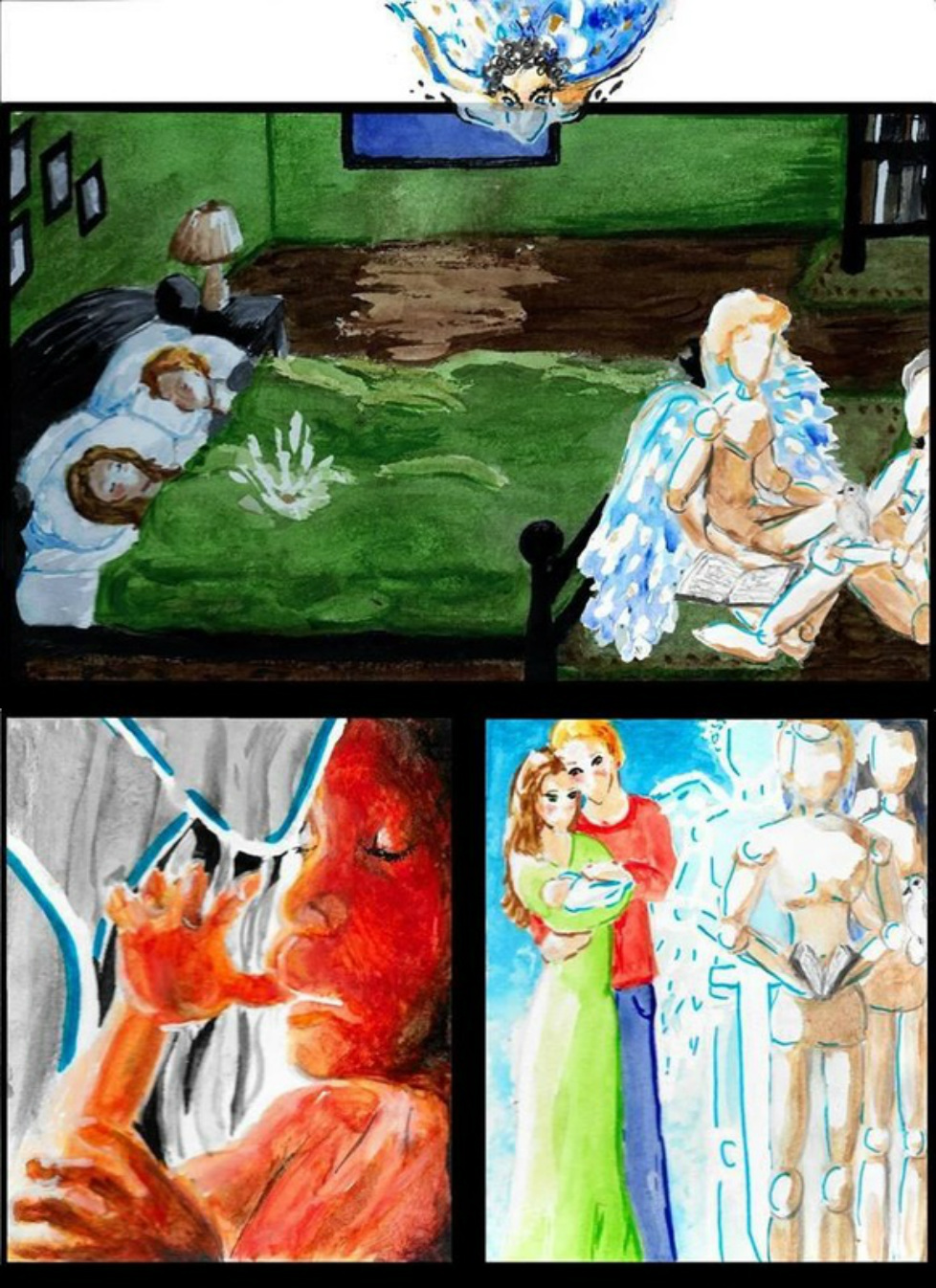 How do they move in our world? Angels move by exercising their will or power in one place as opposed to another. St. Thomas Aquinas said that when they are in a particular place, they are not CONTAINED in that place, but rather are containing the place.

Think of it like daylight in a room. You open the windows, and the light comes in and fills the space. But if you close the shades, the light is not trapped within the room. Like light, angels occupy space, but aren't controlled by it or limited to it.

UPDATE (02/04/15): I previously learned that we notice aspects in our Guardian Angel that are very different to us. Therefore, a woman will notice more masculine qualities in her Guardian Angel, and a man will notice more feminine qualities in his. I tried to draw the Guardian Angels accordingly. However, according to Opus Angelorum (which is a Vatican approbated international spiritual movement of the Catholic Church which focuses on the angels), angels in Scripture are always depicted and spoken of in masculine terms. "We have to see these facts as a revelation from God, and a manifestation of His will. It is an indication, and a strong one at that, that the Lord wants us to understand that masculine qualities are more fitting in the representation of the angelic spirits." So there will be no more female angels depicted after Guardian Angel II page 17.
Powered by