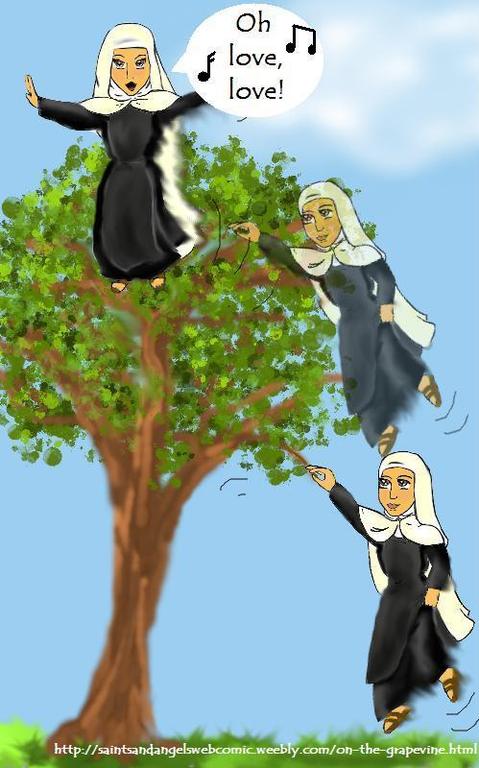 Blessed Mary of Jesus Crucified was a mystic, stigmatic, and victim soul. She is known as the "Little Arab" and the "Lily of Palestine." Her parents lost 12 sons in infancy before they made a pilgrimage to Bethlehem on foot and begged Mary for a daughter.  Mariam Baouardy was the answer to their prayer. Both parents died when she was 2, but not before consecrating Mariam to Mary and to Joseph. Mariam decided, against her uncle's wishes, to enter religious life.  A Muslim servant tried to convert her, and when he failed, he angrily slit her throat and dumped her body in an alley. A nun in blue, who Mariam later identified as Mary, stitched back up her throat and brought her back to health, but Mariam had a raspy voice from then on. She did not return to her uncle's house.

Mariam joined the Little Sisters of St. Joseph, but between her ecstasies and stigmata, the superiors believed it would be better for her to be a hidden soul, and so they sent her to join a Carmelite Cloister. She took the name Sister Mary of Jesus Crucified.

Sister Mary used to go out to the garden and touch a twig of a nearby tree, the kind of twig that would bend if a bird landed on it. The twig would then propel her to the top of the tree, where she would sing "Love, love" and other praises to God in a clear voice (remarkable since her throat was cut and she normally could only rasp). When she was asked how she did it, she said that "the Lamb held out His Hands to me."

Blessed Mary of Jesus Crucified was greatly devoted to the Holy Spirit, and bemoaned the lack of devotion to Him while people searched for novelties in devotions. You can read more about her HERE.

Holy Spirit, inspire me.
Love of God, consume me.
Along the true road, lead me.
Mary my Mother, look upon me.
With Jesus, bless me.
From all evil, from all illusion,
from all danger, preserve me.
-Amen
Powered by