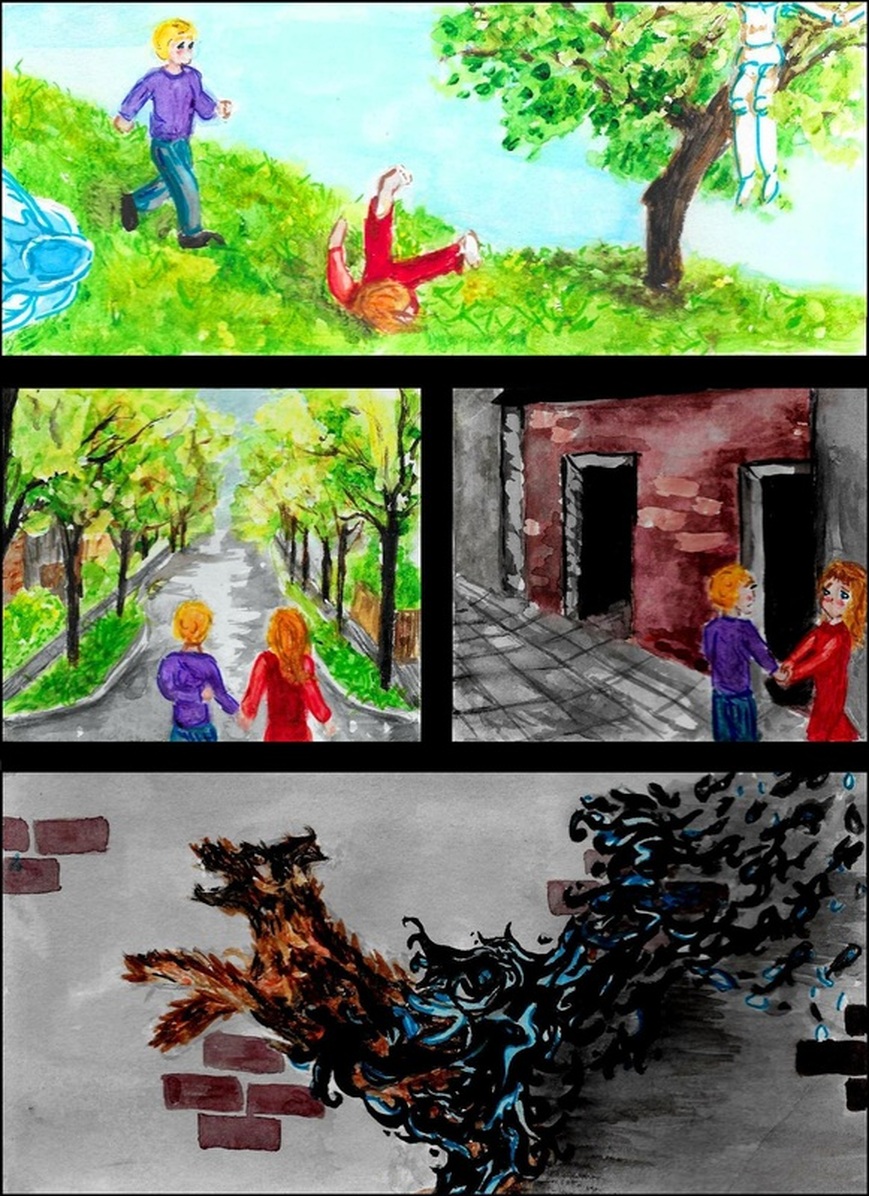 Our little girl and her friend from school are playing, and they wander a little too far.  Since our guardian angels don't leave our side, the guardian angels of our two children accompany them. Down in the last screen, you see the dog who is in the alleyway that they are tremulously approaching.  The dog is being taken grasp of by a demon. These things can happen. . . for example, in the Bible, Jesus allows demons to enter a herd of swine. However, they don't usually enter animals unless there is someone to whom the animal is attached who is involved in the occult.  They cannot take possession of a person unless the person opens the gateways.  Demons are fallen angels - they can come from any choir, and they are the ones that chose disobedience and pride over love of God and submission to God's plan. They like to take possession of matter because it is their own perverted form of the Incarnation. . . their perverse mimicking of God. They make themselves their own gods.  Earth is a battlefield between heaven and hell, good angels and demons, and they are fighting over us.

Thomas Aquinas taught that demons take form by effectively freezing and condensing the moisture in the air. In my depiction, I tried to combine this concept with possession, and darkness, since they are beings who have rejected the light.  As you can see, this is not the dog's fault, not the dog's desire . . . the dog is trying to escape.