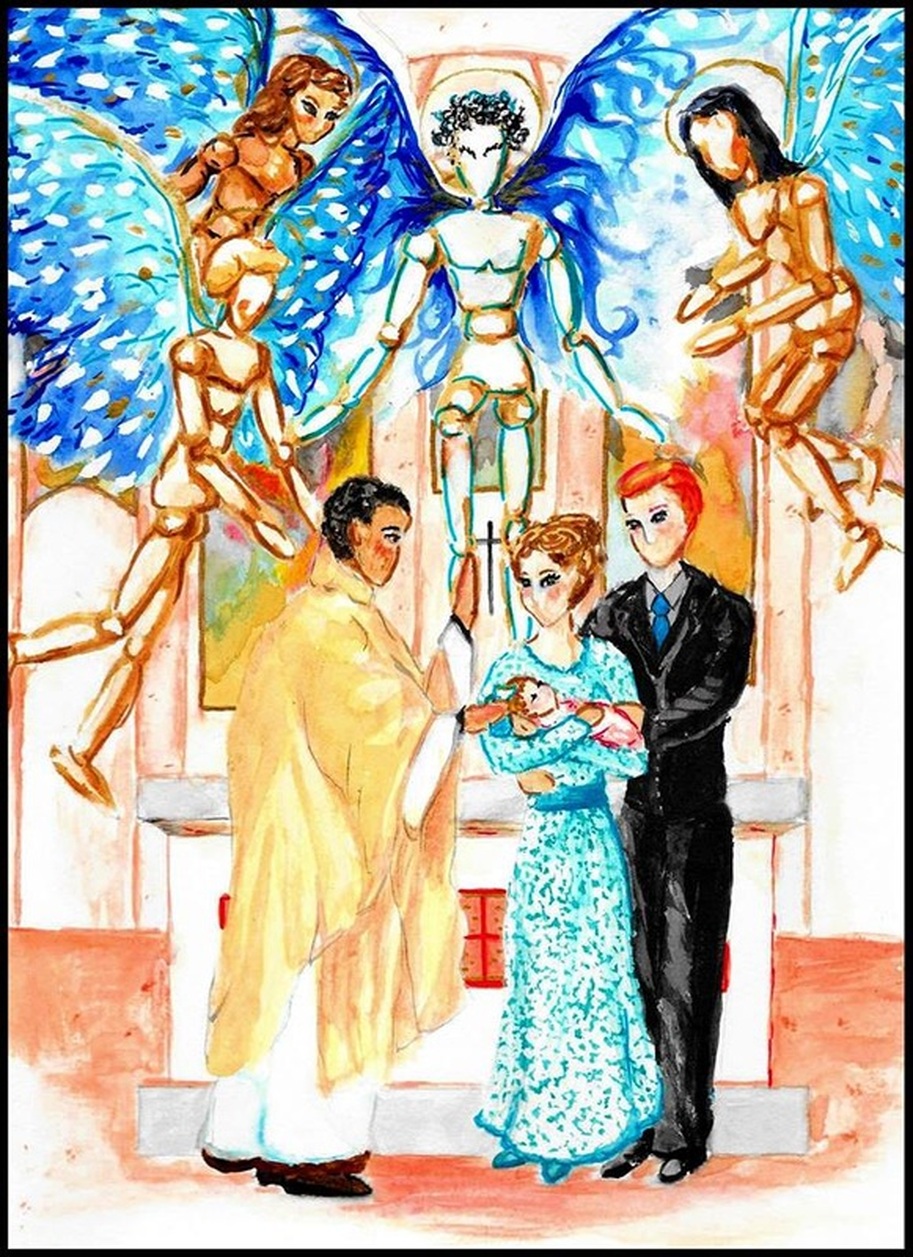 Scott Hahn tells us that devotion to guardian angels was among the liveliest traditions in the ancient Church. One of the most popular books in the community that preserved the Dead Sea Scrolls was a manual for worship called The Angelic Liturgy. Early Christians and Jews in the ancient world were most especially aware of the presence of angels during ritual worship.

And rightly so, because Mass is the meeting of heaven and earth. Even when nearly empty, it is filled with the presence of spiritual persons and saints. When we sing the Sanctus during Mass, we sing with all of the choirs of angels. When we partake in the Eucharist, we are among Shakespeare, St. Thomas Aquinas, the Apostles, and all who have ever or ever will consume Our Lord. Mass transcends space and time. So you can truly say to your friend - though they are thousands of miles away - I will see you in the Eucharist.

This page depicts the little girl's baptism. In this story, as the person they are guarding develops their relationship with God, their guardian angel takes on a greater vibrancy.