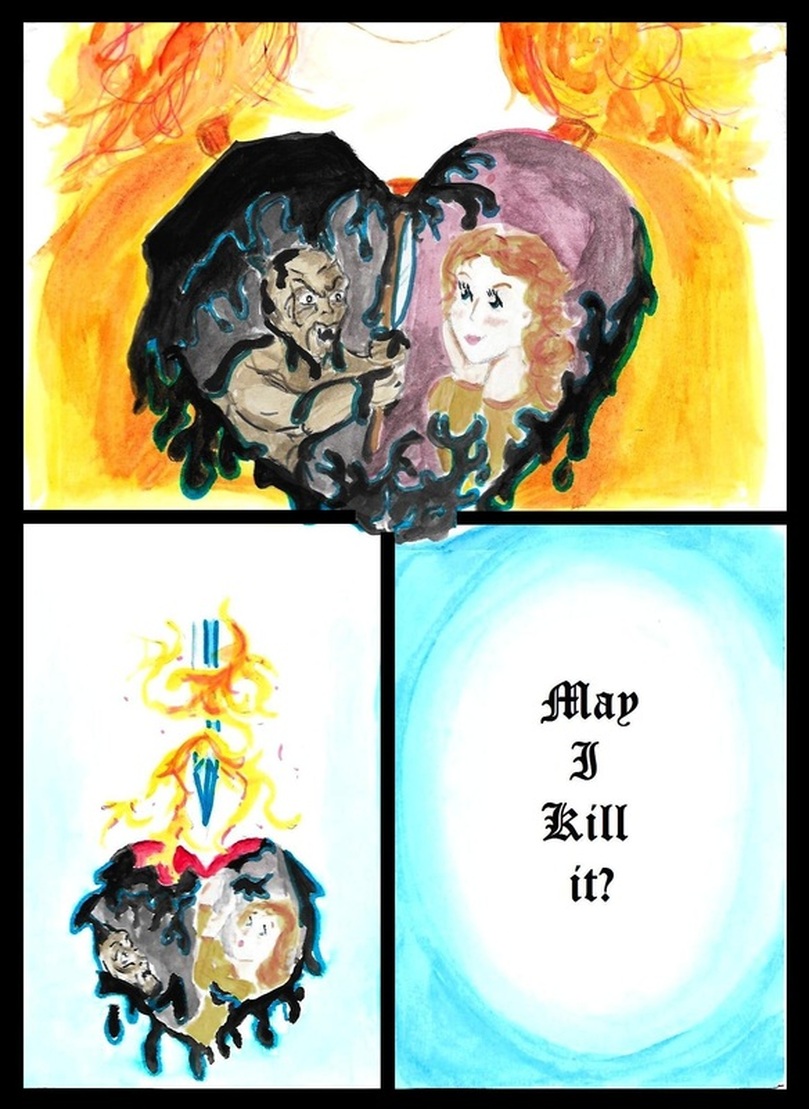 Only God knows our hearts. Yet our Guardian Angels are infused with all of the knowledge they need to fulfill their mission in our lives. They have been with us from our conception, they know all of our actions and their judgment and perception, unlike ours, isn't skewed by sin. Our Guardian Angel is revealing to our girl the vanity that he has seen evidence of many times over. You may remember that it is one of the sins towards which she has a particular inclination.

Venial sins, like vanity, diminish the grace of God in the soul. This is akin to the diminishing of our physical lives. We are still alive, but our health, strength and vigor are lessened. So, also, with the life of grace. Venial sins also incline the soul to more sin, and to mortal sins. And, horrifyingly, because our being only exists in and is supported by God's being, every sin we commit we commit in God. This is why the prophet Isaiah, speaking for God, says  "You made Me to serve with your sins, and wearied Me with your iniquities."

Catholic author Flannery O'Connor describes a monkey in one of her short stories, “He was busy catching fleas on himself and biting each one carefully between his teeth as if it were a delicacy.” This is what comes to my mind when I consider our attachments to sin. They are so disgustingly horrid, and yet we are so blind to what they truly are that, like the monkey delicately munching on his fleas, we savor them.

This is what Archbishop Ullathorne, in his "Little Book of Humility and Patience," has to say about the particular sin of vanity:

Vanity, or vain-glory, is the off-spring of pride, and the eldest daughter of that detestable vice. Pride is her father, self-love is her mother, and cobwebs are her clothing. She is such a light, fond thing, that were it not that her seductions weaken and undermine the best-formed minds and hearts both of men and women, for her own sake she would be unworthy of any serious consideration. A man or woman given up to vanity is filled with light follies unworthy of the dignity of the soul and the noble end for which the soul is created. It may be more secret, as a rule, in men than in women, but it is not the less dishonest for that reason. The word vanity sounds of things hollow, shallow and trifling; but that is no trifle which makes the soul light and trivial, and unrobes her of her dignity. Every creature has in it a natural vanity, because created from nothing, and unless supported by God, of its own nature it would go back to nothingness. It is vain also, because by the mere force of its own nature no creature can come to its final end.
The worst effect of vanity is that it makes the soul empty and inane. It not only destroys good but leads to evil. As nothing in human nature is so sensitive as vanity, there is nothing that suffers more. It is easily wounded, often mortified, and frequently disappointed. What vanity tempts is the empty soul, and the soul inflated with the ruinous pride of ambition. The remedy for this disorder is in the exercise of that most sincere of virtues which wars against pride and all its offspring, and which bears the name of holy humility.

Her vanity is poisoning her.
Powered by